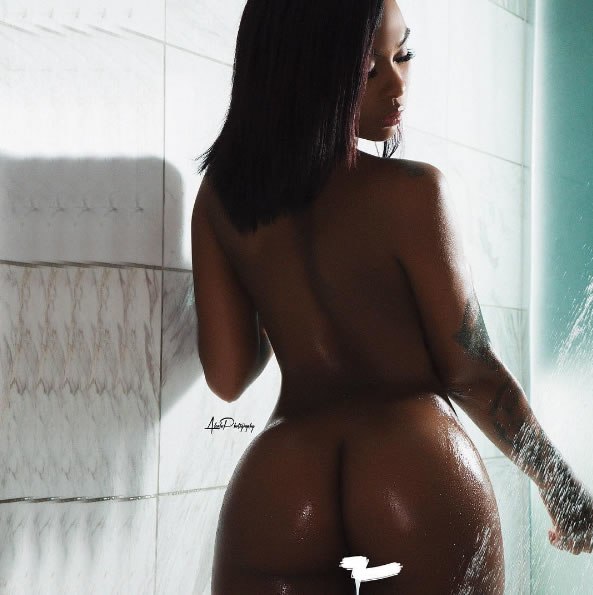 The next morning I woke up first and looked at the beautiful older woman lying next to me in bed. It was hard to believe that I had just had the most incredible night of sex with my friends mother. She looked so angelic sleeping on her back with her cute firm breasts poking up in the hair and her hot pussy on display.

I eased her legs apart and lowered my mouth to her vulva. I teased her with my tongue until her pussy heated up and glistened with moisture.
She started to stir and reached down to her pussy only to find my head between her legs. She opened her legs wider giving me easier access to her delicious pussy.

That was the signal that I was waiting for and I moved my body up and knelt between her legs. I lined up my huge erect dick with Omolara’s dripping wet cunt and eased it in. Her face tensed with the anticipation of my big cock filling her pussy. I loved to watch my dick slide into a hot pussy and see the expression on my lover’s face as the cock spread her wider.

I fucked her slowly at first as I usually did and then I began to pick up the pace. Soon I was pounding her pussy and fucking her into submission. She had orgasm after orgasm as I relentlessly fucked her. I just kept at her with my piss hard-on until she screamed and pleaded with me to stop. Omolara’s body convulsed in a final mind blowing orgasm and then she went flaccid on the bed.

Omotola was not as embarrassed as I thought she might be but she was concerned about discreteness. I convinced her that our sexual encounters would remain our secret and that she had nothing to worry about. Omotola trusted me and confided in me.

“I am ready for the hot bath, want to join me?” she asked.
“Absolutely that sounds great,” I replied.

We finished our tea and went out to the bathroom. I had been in this bath tub plenty of times with Dami and our girlfriends. Dami’s mum took off her robe and once again I stared at the amazing body of my best friend’s mother. We both got in the hot tub and Omotola positioned herself in front of me and leaned back into me.
I reached around and cupped her lovely breasts with both hands and she moaned as I played with her aroused nipples.

“I know that you and Dami made love with your girlfriends when you were both at the house. Did you do that very often?” she inquired.
“Yes we did, sometimes two or three times a week and when we were together as a foursome it really got hot,” I answered and then added, “Dami and I even switched partners occasionally. His girlfriend Ada really loved to ride my dick.”
“I can see why since you are bigger in that department than my son but how did Mary react to that?” Omotola asked.
“Mary was fine with it. In fact there were times when Mary and Ada got it on together and times when we made it a foursome,” I told her.
“Oh my I didn’t realize that the four of you had gone that far,” Omotola said in surprise.
“Yeah we had a lot of fun and a lot of great sex together. How about you Omotola? Have you ever been with more than one person? Have you ever been with another woman?” I boldly asked.
“Never more than one person but I have fantasized about it at times. In university, my bunkmate and I tried girl on girl sex and it was fun but we still preferred men,” Omotola confessed.
“You know it was right here in this bath tub when I first fucked Ada,” I admitted.

No votes so far! Be the first to rate this post.